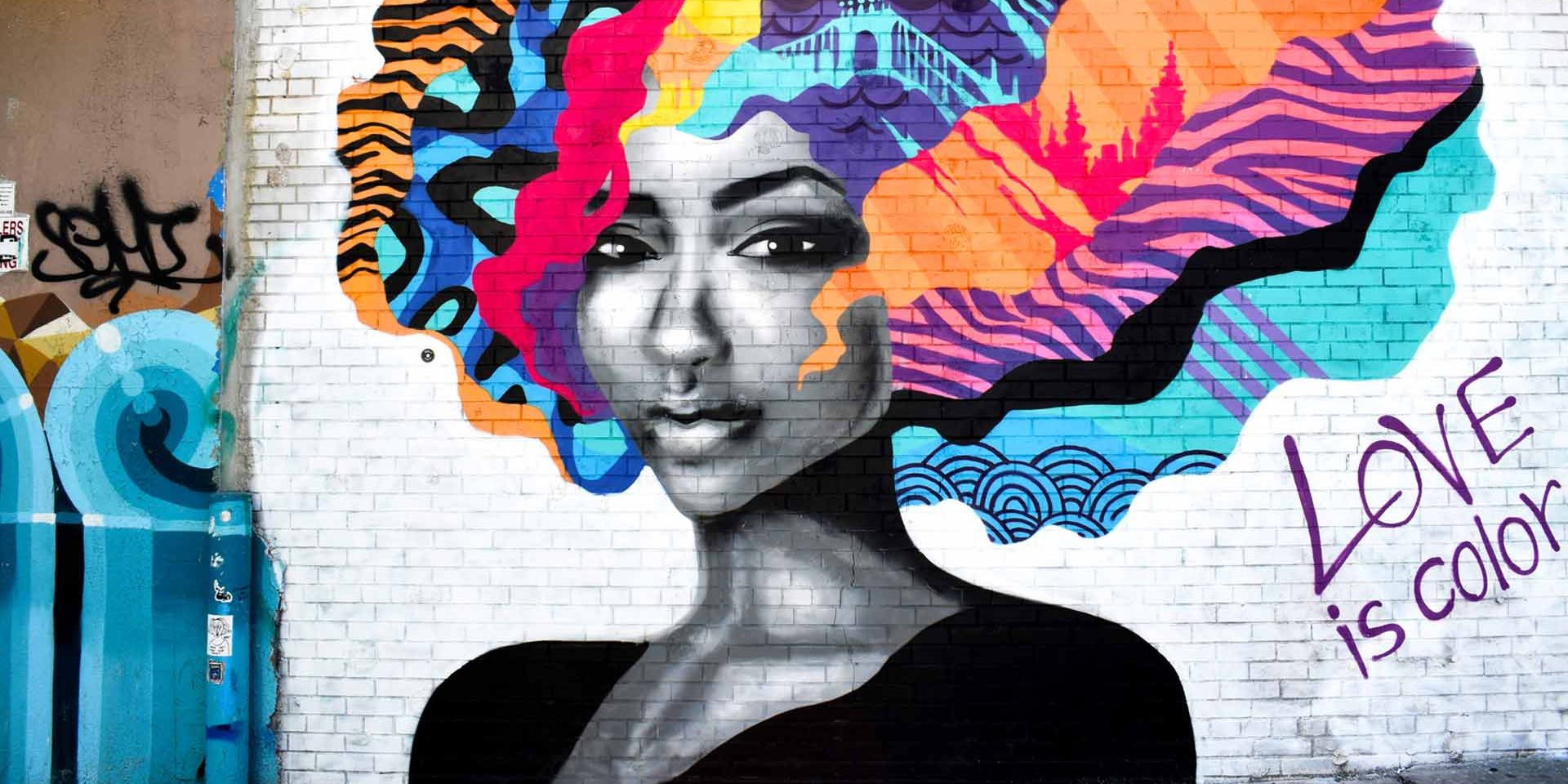 You have power. You have so much power. Use that power for good.

There are many ways you can take action that leads to lasting change and reduce the nation’s long-standing racial disparities. Posting messages of solidarity on social media is powerful but there’s so much more needed to address racial inequities long after protests are over. Allyship means acknowledging your privilege and striving to be actively anti-racist.

Four black founders share how you can show up for black-owned businesses, create safe space for friends, and approach allyship with heart, humility, and kindness.

Here are 10 ways you can use your power for good.

1. Understand the history of black-owned businesses in the U.S.

This month marked the 99th anniversary of the Tulsa, Oklahoma race massacre when white rioters looted and burned the Greenwood District, a prosperous African-American area known as “Black Wall Street.” This episode is just one example of how black businesses have been targeted by either hostile individuals or government policy.

“If you pay attention to the literal campaign of terror against black Americans in this country, what you’ll see is a lot of it was carried out against black business owners or anyone who was perceived as accumulating wealth,” said Khadijah Robinson, the founder of The Nile List, an online directory of black-owned businesses.

In the 1850s, New York City used eminent domain to destroy a village of black property owners on land that later became Central Park. After emancipation, former slave owners were compensated for the loss of their free labor, while freed slaves were given no money to start new lives, despite the promise of “40 acres and a mule.”

Lynching victims were often successful black business owners who posed a threat to white economic interests, a phenomenon documented by the journalist Ida B. Wells. After World War II, the GI Bill helped veterans buy homes, but black people were effectively excluded from its benefits.

Had that wealth started then things would be easier for people starting businesses now. Generational wealth creates more. If your grandparents have owned homes and businesses, you have more experience, better connections, and a stronger financial safety net. Without that wealth and the know-how to navigate the nuances of building wealth, it’s very difficult to compete at that same level.

The huddle is compounded with the unequal treatment many black business owners face when they seek funds from venture capitalists or bank loans to start their business.

Spending money at black-owned businesses is a small way to address racial inequities.

You can find black-owned brands through the Nile List, which is like a sophisticated Google search for black-owned businesses. When you open your eyes and identify businesses that could use your support, you will impact your local economy.

There are apps, such as EatOkra for black-owned restaurants, and websites like We Buy Black and Official Black Wall Street. There are also crowd-sourced lists of black-owned businesses — including goth clothing brands, candlemakers and doughnut shops — have been circulating on Twitter and Instagram. Local business groups such as the Washington D.C. Economic Partnership and the Central Ohio African-American Chamber of Commerce also maintain lists of black-owned businesses.

You can also Google African-American festival in your city. You’ll likely see highlighted bands that have been working in your city that you may not have heard of.

“It’s about amplifying the voices that are most impacted,” activist Tamika D. Mallory recently told Vogue. “A good ally places themselves in between the system and those people the system is harming, using their privilege to allow the voices of the impacted folks to be heard and protected.”

“Acknowledge that you have been able to move in and out of this world in ways that others have not. There are certain privileges that come with being white. You are able to be ignorant of the truths that people of color experience every day. This is a hard fact.”

“Take a look from your seat of privilege—and the title or the job that you hold—and say, How can I further impact service-based Black-owned businesses or initiatives that could use my voice and use our corporate dollars?”

“If you are at a major corporation, lots of major corporations have what is called a supplier diversity team. This team’s job is to source Black-owned, minority-owned, and women-owned businesses to put them into the supply chain, so it’s not just the same network of people and agencies and businesses that are receiving support from corporate dollars. Get tapped into your supplier diversity team.”

”If you are contracting Black-owned vendors, be more of an advocate. Look at the numbers and make sure you’re paying them the same amount as you would a white-owned agency. Are they selling themselves short? How can you show up for them? As an ally and industry insider, let them know they need to up their rates before getting more business or taking on more clients.”

“If you’re running a business evaluate, how diverse is your team? Is there a way for you to be very specific in seeking out talented Black professionals?

If you are in need of art for your event or showcase, can you include black artists and pay them? We know how Black culture has impacted mainstream culture. However, a lot of Black creatives are not being paid for their services at the rates that they should be.

“You have power. You have so much power, so use that power for good.”

5. Listen to your heart

“Hold space…  be with someone without judgment. Practice active listening, and really hear someone’s truth, no matter what it is.”— Devi Brown, a wellness educator, energy healer, author, and the founder of Karma Bliss

“As an ally, you are not aware of the microaggressions and the prejudice, the systemic racism that people of color experience on a daily basis. You don’t experience that.”

“People of color have been in this fight for a long time and so much of what we’ve been saying has been falling on deaf ears.”

“Be humble enough to silence yourself when a person of color is speaking and sharing how their feeling because their feelings are just as valid as your feelings.”

”Part of being humble means confronting the part of you that allows your ego and your privilege to speak instead of your heart.”

“You don’t have to show up and be perfect. Practice is not about being perfect. It’s about learning. Be okay to take those Ls.”

“Have grace for yourself in your quest to be a true ally.”

“When you see that a person of color is not being treated fairly, speak up.”

“We are always looking for helpers. If you have acknowledged your privilege, you’re listening with your heart, you can be a helper by using your privilege for good.”

“Being an ally means being able to acknowledge that maybe you haven’t been doing enough and that you can do better.”

“Seat at the table, pass the mic. Make sure that I have a plate to eat off of and that that plate is full. You cannot say that you are giving people of color opportunities if you are not paying them accordingly.“

“You can always take the time to check yourself. Check how you’re feeling, check, and see if your ego is speaking or if your heart is speaking.”

“Even though you may believe that you are one person, you can positively change your community, your environment, and your world. You have power. You have so much power, so use that power for good and help change some of these racist systems.”

“It’s so important to keep it going. Keep your actions consistent. This is not just a one-off.”

“Black people are hundreds of years behind in terms of financial wealth, so it’s going to take more than just the month of June to make an impact. We need you to be consistent in your efforts and keep it going.”

“Go share that message with other people within your circle that are looking for ways they can be active with how they combat against overt and systematic racism.”

“It’s going to take more than the month of June to make an impact. We need you to be consistent in your efforts and keep it going.”

The future is digital.
We'll get you there.

( iOS only) Put in a keyword and the app will generate 30 related keywords. Copy paste into the first comment. Impact: 2-3x more views, likes and engagement

Send out mass messaging to all users that have messaged Facebook page using FB messaging bot (chatfuel) and invite them to Facebook live events. LIVE.FB.COM
4

Encourage your audience to take pictures & hashtag them (#PowerLife) – like/share/ welcome them to event through direct message.